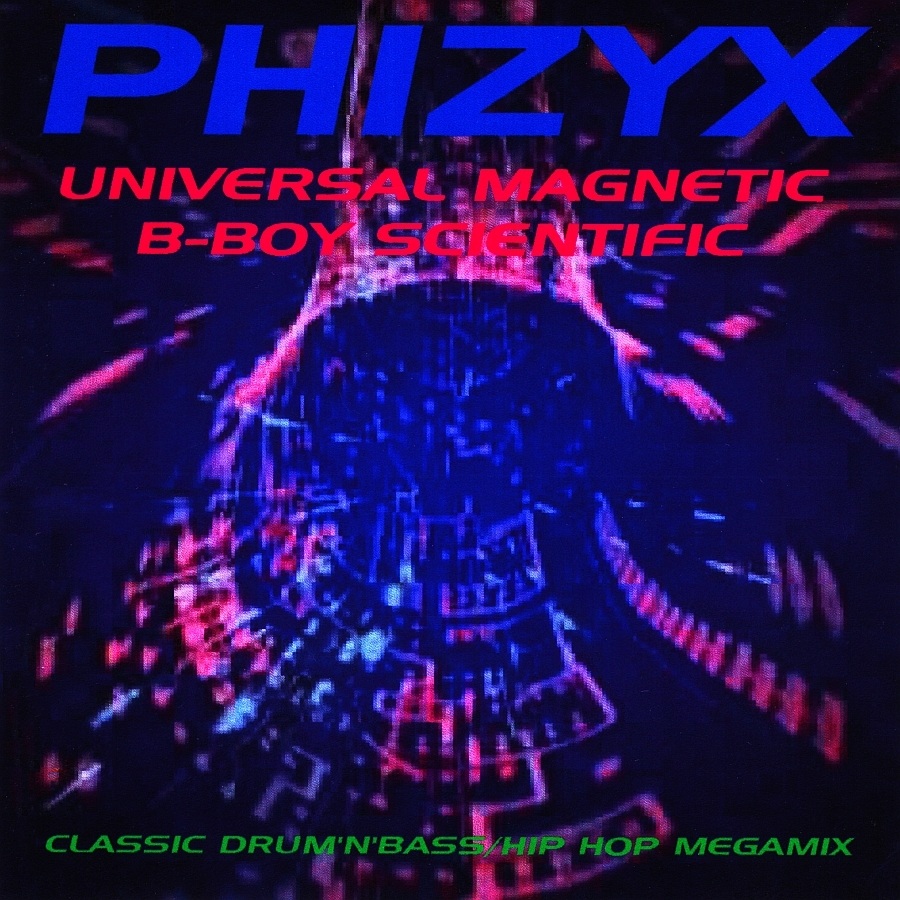 Download Universal Magnetic B-Boy Scientific (right click and select “Save Link As…” or “Save Target As…”), or listen here:

I can honestly say, without a doubt, that this is the best mixtape that I have ever made.  There were many DJ’s around at this time who were touted for their ability to combine Drum & Bass and Rap, for scratching over top of Drum & Bass, etc., but whenever I would listen to any of their mixtapes, I was always unimpressed.  Since Rap music was my one love, and I had been listening to Drum & Bass since the early 1990’s, I was confident that I could do a much better job than all of the other DJ’s.

So in 1997, I made the “Universal Magnetic B-Boy Scientific” mixtape.  I took what I had learned in 1996 from doing my “Old School Hip Hop” mixtape, improved upon it, and got a lot more complex with my 4-track cassette recording/mixdown skills.  I also wanted to incorporate the best of my blends and mashups that had already appeared on my previous, lesser known mixtapes.

This time around, my goal was to try and have something new happening every 16 bars(!).  By doing the mixtape in this way, the energy and hypeness would be virtually nonstop.  The only time that I would allow a song to “breathe” or play out was during the rap-verse parts, otherwise, I had to keep it comin’.

I accomplished this by do a couple of different things… by dropping in a new song every 16 bars, by rocking doubles of the same song, by doing a new scratch, by dropping in a rap acapella or rap instrumental, etc.  There were many times in the mix when there were two Drum & Bass songs playing at the same time.  I also made sure that I never used the same scratch sound more than once throughout the mix.  Also, keep in mind that I used the Tascam Porta 03 MKII Ministudio to make this mixtape.  You couldn’t begin to imagine how difficult and challenging it was for me to record and mix this thing down using this machine: 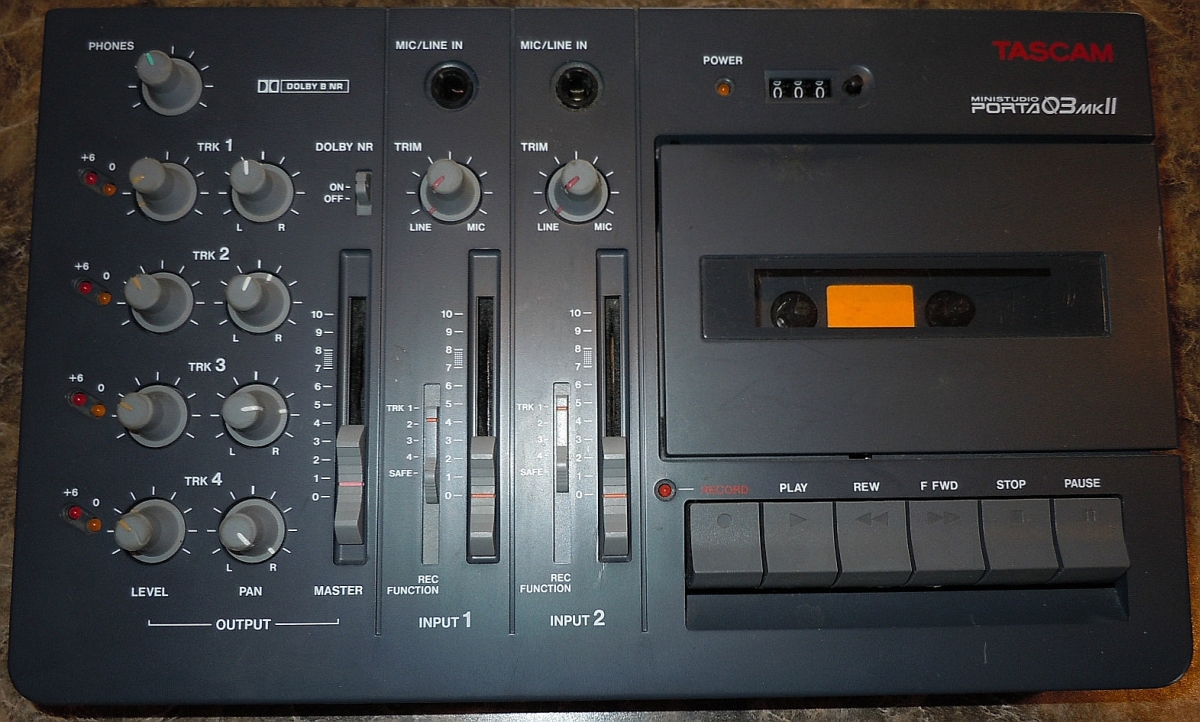 I sold a couple hundred of these handmade mixtapes throughout metro Detroit, Lansing, and Ann Arbor, as well as online through ATAK Distribution.  My “Universal Magnetic” mixtape, along with my “Old School Hip Hop” mixtape, helped me network and meet new people, make moves, get my name out there, and open new doors for me to get DJ gigs outside of Flint.  I recorded one of these gigs and turned it into a followup mixtape (i.e., as a follow up to “Universal Magnetic”).  You will definitely want to check it out in my “Mechanical  Pulse” post!

At the time, it was a HUGE thing for me to see “Universal Magnetic” reviewed in Urb magazine.  It meant a lot to me.  Urb magazine was THE music bible of its time: 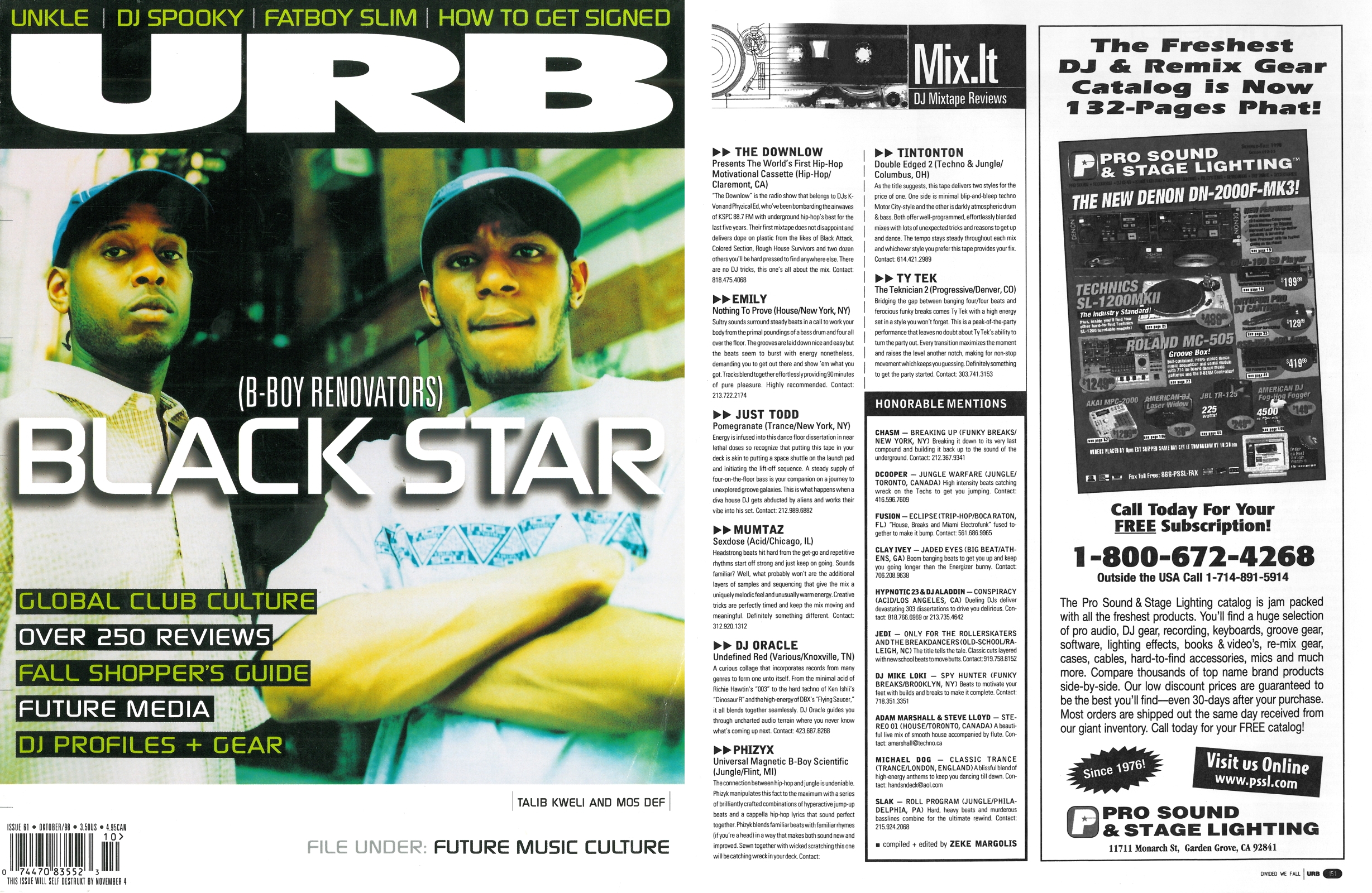 And I was surprised when I saw it reviewed in Elemental magazine: 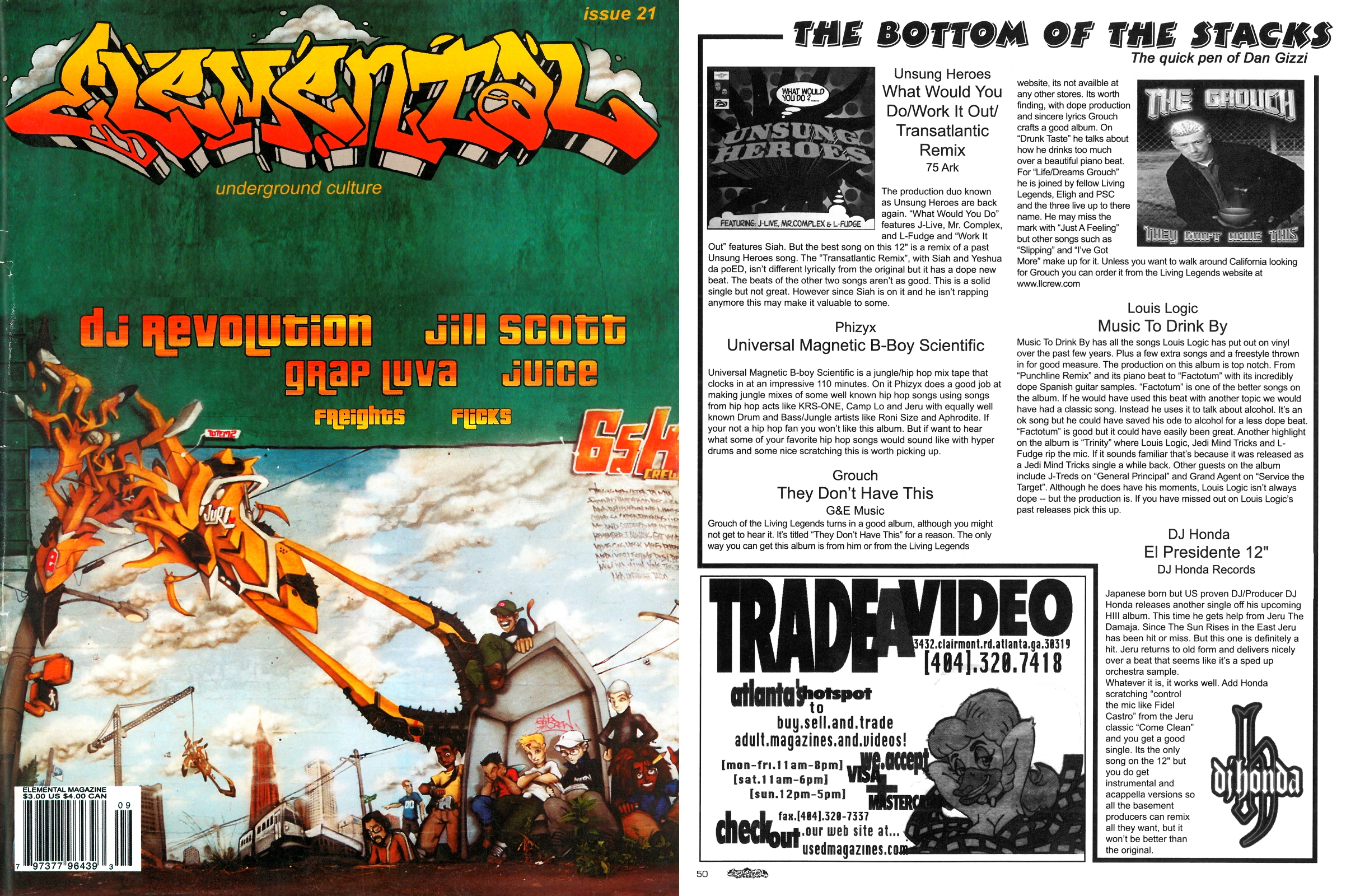 And it even turned up in a smaller zine called Tha Pride: 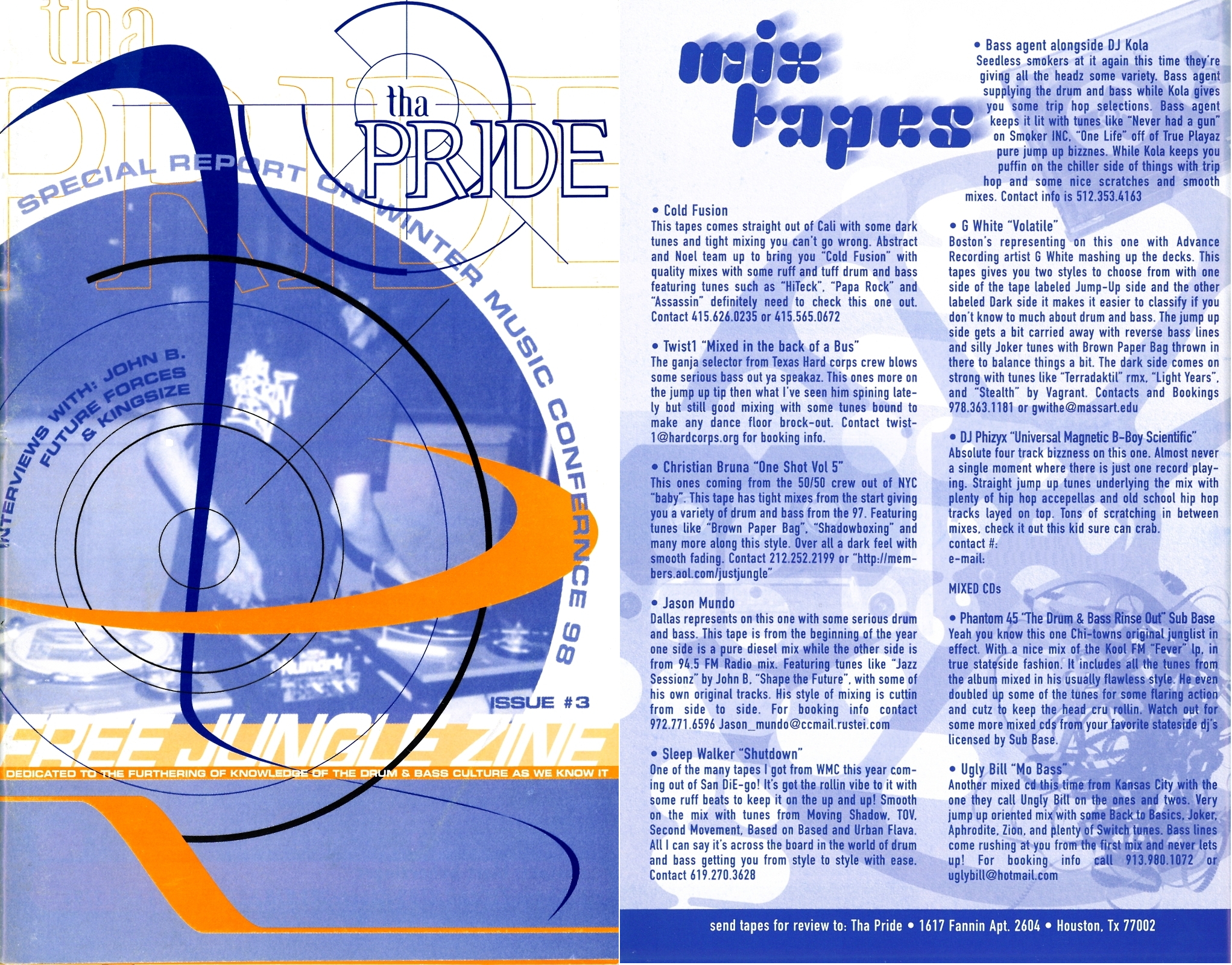